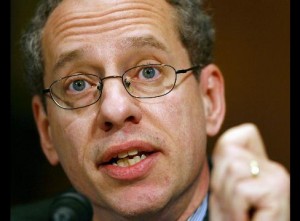 Chairman Jon Leibowitz wrote a letter to ICANN yesterday asking them to:

“(1) implement the new gTLD program as a pilot program and substantially reduce the number of gTLDs that are introduced in the first application round,

(3) develop a new ongoing program to monitor consumer issues that arise during the first round of implementing the new gTLD program,

(4) conduct an assessment of
each new proposed gTLD’s risk of consumer harm as part of the evaluation and approval process, and

(5) improve the accuracy of Whois data, including by imposing a registrant verification requirement.”

The tone of this letter sounds very serious. It was copied to powerful Sentators and Committee Members. But I still sense that the FTC knows that new TLDs will go forward. He also stated:

“Before approving any new gTLD applications, we urge ICANN to take the steps described below to mitigate the risk of serious consumer injury and to improve the accuracy of Whois data. We look forward to working with ICANN as it honors these commitments to ensure that the new gTLD program benefits both consumers and businesses alike.”

As I read through the letter, I kept thinking, “these are all things that ICANN has been focusing on for the last ten years. There aren’t perfect answers but certainly ICANN has improved in all of these areas and continues to do so.

I suspect that the ANA lobby got to the FTC and motivated them to write this letter. The requests aren’t unreasonable and do hit many of ICANN’s weaknesses but misses the point that ICANN has already addressed many of these things and is actively addressing them now.

Joe Alagna is an independent insurance broker offering home, car and business insurance in southern California. Before that he was an international expert in all aspects of the domain name business, including domain name investing, new gTLDs, registrars, and registries. He also negotiated national accounts contracts for AT&T Wireless. Joe can be reached by phone at +1 (909) 606-9175 or via email using the contact form on this site.
View all posts by Joe Alagna →
This entry was posted in Domain Names, ICANN, New Top Level Domains and tagged ftc, ICANN, new tlds. Bookmark the permalink.