U.S. Says It Will Not Block The New Gtld Program 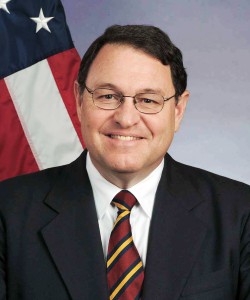 I was encouraged by two articles today. I predicted many times that the ANA and other obstructionists, would not block ICANN from introducing new TLDs next year. It appears that their only recourses may be to go to court or to get their members ready for new TLDs. I’m not sure they can make an effective court case either.

So the NTIA and Congress both seem unlikely to try to stop new TLDs, and for good reason that Kevin lays out in the first article below. If ICANN is stopped, it will have a bad effect on their existence and likely put management of the Internet and domain name system closer to control by some International body like the United Nations or ISO. This would be a very negative consequence and it is a real one to consider. We, as a country and as a business community, need to be careful what we ask for.

Anyway, in the first article…
below, Kevin Murphy shows how the government seems to be leaning towards leaving the new TLD process alone (although asking for careful execution). In the second article, Ogilvy & Mather marketing strategist, Sean MacDonald suggests ways that brands can benefit by new TLDs. It’s about time that Ad Age and the marketing trade begin preparing their constituencies. Thanks Sean…

US Says It Will Not Block The New Gtld Program

NTIA boss Larry Strickling has come out in support of ICANN and its new top-level domains program, warning that its opponents “provide ammunition” to authoritarian regimes.

Speaking in Washington DC yesterday, Strickling warned that organizations fighting to put a stop to the new gTLD program risk provoking a UN takeover of the internet.

Brands: Here’s How You Can Take Advantage of ICANN’s New Top-Level Domains

While Marketers Have Reasons to Be Concerned, New Domains Offer Significant Opportunities

Next month, the Internet Corporation for Assigned Names and Numbers, known as ICANN, will initiate a major shift in the digital landscape as it begins accepting applications for a new type of domain structure, known as generic Top-Level Domains (gTLDs).

While there are some valid concerns around the introduction of gTLDs, we’ve played Devil’s Advocate and believe there may be some significant digital branding benefits for marketers.

I’ve observed how ICANN works since 2001 when I attended my first ICANN meeting in Marina del Rey, CA and have seen ICANN go through several rounds of introducing new TLDs and re-allocating (or redelegating) them as well.  It is always captivating to see how things pan out.  You can accuse ICANN of many things.  They make mistakes and often swing too far one way or the other when trying to solve problems.  But there is one thing you can never accuse them of; and that is not allowing anyone who comes the opportunity to participate.

This is especially important to note today because of the wide criticism directed at ICANN from the ANA and CRIDO.  The 2012 introduction of new TLDs is unprecedented because of its potential scope and openness.  The ANA doesn’t like it because their members must now consider many new options and costs as they navigate this new paradigm.

But if they or their members are not prepared, they only have themselves to blame.  I represent a company that has grown from a very small player to a significant participant in the ICANN community and I’ve never felt obstructed or denied.  ICANN meetings are free for anyone to attend. Although one must be prepared to pay for their own sustenance, even food and refreshments are often provided by sponsors, government or private.  Attendees are responsible for their own travel and accommodations and meetings are often held in far away places but ICANN provides real time video feeds and transcription services in several languages and, in fact allows remote participants to ask questions and be part of the process as well.

So although the many processes and activities can be daunting, no one (especially a group of fortune 500 companies) can legitimately accuse ICANN of lacking transparency (some meetings and board decisions are private and should be more open; I’m writing in general here).

At all the ICANN meetings I’ve attended, I’ve seen interests represented from the smallest quacks and goofs to the largest governments in the world.  I’ve also seen a significant representation from the Intellectual Property community.  But what you don’t see is representation from the advertising industry.  Besides a few large telecom companies that have a single or few representatives.  Maybe now they will begin to participate.

Regardless, if CRIDO turns to legal means, which seems to be their last recourse I don’t think they will accomplish anything except for a few delays and a weakening of ICANN since the ITA and UN would love to replace ICANN’s role and that would be a very negative outcome for advertisers.  This seems to be confirmed by recent comments made by Lawrence Strickland, Assistant Secretary of Commerce for Communications and Information at the NTIA…

“…as we find ways to address Internet policy challenges, we want to preserve the flexibility companies need to innovate. Our view at NTIA is that multistakeholder processes are best suited for striking this balance.  By engaging all interested parties, multistakeholder processes encourage broader and more creative problem solving, which is essential when markets and technology are changing as rapidly as they are. They promote speedier, more flexible decision making than is common under traditional, top-down regulatory models which can too easily fall prey to rigid procedures, bureaucracy, and stalemate.

The United States strongly supports the use of a multistakeholder process as the preferred means of addressing Internet policy issues. We have been active in promoting the multistakeholder model in the international arena through our work at ICANN and the Organization for Economic Cooperation and Development (OECD).

But there is a challenge emerging to this model in parts of the world.  Some nations appear to prefer an Internet managed and controlled by nation-states.  In December 2012, the U.S. will participate in the ITU’s World Conference on International Telecommunications (WCIT).  This treaty negotiation will conduct a review of the International Telecommunication Regulations (ITRs), the general principles which relate to traditional international voice telecommunication services.  We expect that some states will attempt to rewrite the regulation in a manner that would exclude the contributions of multi-stakeholder organizations and instead provide for heavy-handed governmental control of the Internet, including provisions for cybersecurity and granular operational and technical requirements for private industry. We do not support any of these elements.  It is critical that we work with the private sector on outreach to countries to promote the multi-stakeholder model as a credible alternative.  Our work must begin right away.

In pushing back on these initiatives of other countries to regulate the Internet through a treaty, we must be vigilant to protect the multistakeholder process in our country. For example, at ICANN, a multistakeholder process that ran for six years resulted in the approval last summer of an expansion of top level domains.  This process involved global stakeholders from the business community, civil society, registries, registrars, and governments.  At NTIA, we worked throughout the process to make sure that ICANN adequately addressed government concerns and we have also spent significant time the last two years pushing for overall improvements in ICANN’s accountability and transparency to the global Internet community.

Nonetheless, we are now seeing parties that did not like the outcome of that multistakeholder process trying to collaterally attack the outcome and seek unilateral action by the U.S. government to overturn or delay the product of a six-year multistakeholder process that engaged folks from all over the world.  The multistakeholder process does not guarantee that everyone will be satisfied with the outcome. But it is critical to preserving the model of Internet governance that has been so successful to date that all parties respect and work through the process and accept the outcome once a decision is reached. When parties ask us to overturn the outcomes of these processes, no matter how well-intentioned the request, they are providing “ammunition” to other countries who attempt to justify their unilateral actions to deny their citizens the free flow of information on the Internet.  This we will not do.  There is too much at stake here.

But we are sensitive to the concerns being raised by some companies about the introduction of new gTLDs. Today, Chairman Rockefeller held an important oversight hearing in the Senate Commerce Committee on the subject of how ICANN will expand top level domains. We agree with the Chairman’s concerns over how this program will be implemented and its potential negative effect if not implemented properly. We will closely monitor the execution of the program and are committed to working with stakeholders, including U.S. industry, to mitigate any unintended consequences.”

ICANN has certainly heard the ANA’s & CRIDO’s complaints.  I believe they are answering them and will likely add a few rules to mitigate their concerns.  But I don’t think the Department of Commerce and NTIA are going to interfere with ICANN’s role in managing new TLDs or try to stop this six-year process now.  In fact, it appears they are very supportive.

Within a year, according to The Internet Corporation for Assigned Names and Numbers (ICANN), the organization chartered with managing the domain name system, (.com, .net, .org, .us, etc…) qualified companies and entities will be allowed to acquire their own TLDs (to the right of the dot such as .web, .new, .nyc, .canon, .almostanything).

This will open the door to several opportunities for advertisers and brand managers:

Companies and organizations will be able to create, manage, and sell their own generic Top Level Domains (gTLDs).  Proposals such as .food, .music, .movie, .sport and many others have already been announced (but the winners may end up being determined by a qualification and bidding process).

There are also several Geo-targeted proposals such as .NYC and .Paris, etc.

Finally, the process is being opened up to individual corporations that are tired of fighting cyber squatters and typo squatters who register and capitalize on .com domain names that are confusingly similar to existing brand names and trademarks. Very few companies are announcing their plans because this aspect is likely to become hyper-competitive. One example that has been made public is .deloitte.

These developments, still in the process but getting closer to reality every day, are nothing less than revolutionary to advertisers and marketers and I would like an opportunity to present information about this to your audiences whether it be via panel or presentation.  The real winners in this new game will be those who are preparing right now.

I presented for the Internet Corporation for Assigned Names and Numbers (ICANN) at their Sydney, Australia meeting on this very nascent but revolutionary branding idea. I promise you that forward-thinking branding managers will be appreciative to you for getting them this information. It’s very new and very important for future branding efforts.  It will be highly valuable for early adopters in the same way that .com was so important to early Internet marketers.