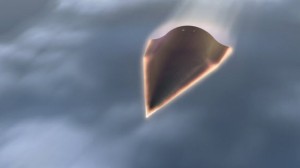 I ran across a video made last year about an experimental aircraft that can fly at hypersonic speeds (20 times the speed of sound).

The U.S. Defense Advanced Research Projects Agency (DARPA) did a test flight of an aircraft capable of flying 13,000 miles per hour; fast enough to make a flight from New York to Los Angeles in 12 minutes. The research is being done for the Pentagon for a fast strike military vehicle capable of delivering a military strike anywhere in the world in less than an hour.

Although the test flight reached its target speed, it only kept it for about 3 minutes and the flight ended in about 9 minutes; still an amazing feet that demonstrates the advances in aeronautics.

DARPA is the same division of the Pentagon that created the forerunner to our modern Internet. The vehicle is called the Falcon and is shaped like an arrowhead.

Joe Alagna is an independent insurance broker offering home, car and business insurance in southern California. Before that he was an international expert in all aspects of the domain name business, including domain name investing, new gTLDs, registrars, and registries. He also negotiated national accounts contracts for AT&T Wireless. Joe can be reached by phone at +1 (909) 606-9175 or via email using the contact form on this site.
View all posts by Joe Alagna →
This entry was posted in Inspiration, Uncategorized. Bookmark the permalink.