Today is the 71st anniversary of D-Day, when over 4000 allied soldiers landed on Normandy Beach to free France from the Germans.  My dad landed on Utah Beach about a month later and fought through France until he was injured and shipped out in November that same year.  Here are a few pictures that I gathered from his Army records and a Platoon yearbook that I found. 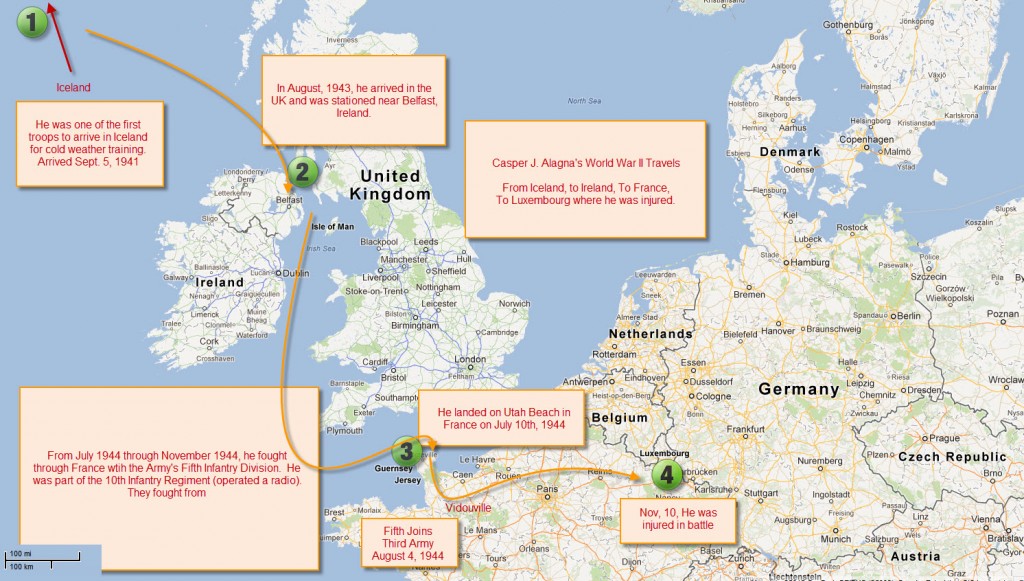 In later years, after he retired, my dad used to write short op-ed articles for the local newspaper.  I found this one today.  It’s fond memories: